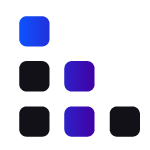 Circle of Concern. Circle of Influence.

Another excellent way to become more self-aware regarding our own degree of proactivity is to look at where we focus our time and energy. We each have a wide range of concerns — our health, our children, problems at work, the national debt, nuclear war. We could separate those from things in which we have no particular mental or emotional involvement by creating a “Circle of Concern.

As we look at those things within our Circle of Concern, it becomes apparent that there are some things over which we have no real control and others that we can do something about. We could identify those concerns in the latter group by circumscribing them within a smaller Circle of Influence. By determining which of these two circles is the focus of most of our time and energy, we can discover much about the degree of our proactivity.

Proactive people focus their efforts on the Circle of Influence. They work on the things they can do something about. The nature of their energy is positive, enlarging, and magnifying, causing their Circle of Influence to increase.

Reactive people, on the other hand, focus their efforts on the Circle of Concern. They focus on the weakness of other people, the problems in the environment, and circumstances over which they have no control. Their focus results in blaming and accusing attitudes, reactive language, and increased feelings of victimization. The negative energy generated by that focus, combined with neglect in areas they could do something about, causes their Circle of Influence to shrink.

As long as we are working in our Circle of Concern, we empower the things within it to control us.

Because of position, wealth, role, or relationships, there are some circumstances in which a person’s Circle of Influence is larger than his or her Circle of Concern.

This situation reflects on self-inflicted emotional myopia — another reactive selfish lifestyle focused in the Circle of Concern.

Though they may have to prioritize the use of their influence, proactive people have a Circle of Concern that is at least as big as their Circle of Influence, accepting the responsibility to use their influence effectively.

Direct, Indirect, and No Control

Direct control problems are solved by working on our habits. They are obviously within our Circle of Influence..

Indirect control problems are solved by changing our methods of influence.

We have identified over 30 separate methods of human influence — as separate as empathy is from confrontation, as separate as an example is from persuasion. Most people have only three or four of these methods in their repertoire, starting usually with reasoning, and, if that doesn’t work, moving to flight or fight. How liberating it is to accept the idea that you can learn new methods of human influence instead of constantly trying to use old ineffective methods to “shape up” someone else!

No control problems involve taking the responsibility to change the line on the bottom on our face — to smile, to genuinely and peacefully accept these problems and learn to live with them, even though we don’t like them. In this way, we do not empower these problems to control us. We share in the spirit embodied in the Alcoholics Anonymous prayer, “Lord, give me the courage to change the things which can and ought to be changed, the serenity to accept the things which cannot be changed, and the wisdom to know the difference.”

Whether a problem is direct, indirect, or no control, we have in our hands the first step to the solution. Changing our habits, changing our methods of influence, and changing the way we see our no control problems are all within our Circle of Influence.