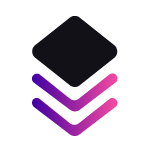 In an interdependent situation, synergy is particularly powerful in dealing with negative forces that work against growth and change.

Sociologist Kurt Lewin developed a “Force Field Analysis” model in which he described any current level of performance or being as a state of equilibrium between the driving forces that encourage upward movement and the restraining forces that discourage it.

Driving forces generally are positive, reasonable, logical, conscious, and economic. In juxtaposition, restraining forces are often negative, emotional, illogical, unconscious, and social/psychological. Both sets of forces are very real and must be taken into account in dealing with change.

In a family, for example, you have a certain “climate” in the home — a certain level of positive or negative interaction, of feeling safe or unsafe in expressing feelings or talking about concerns, of respect or disrespect in communication among family members.

You may really want to change that level. You may want to create a climate that is more positive, more respectful, more open, and trusting. Your logical reasons for doing that are the driving forces that act to raise the level.

But increasing those driving forces is not enough. Your efforts are opposed by restraining forces — by the competitive spirit between children in the family, by the different scripting of home life you and your spouse have brought to the relationship, by habits that have developed in the family, by work or other demands on your time and energies.

Increasing the driving forces may bring results — for a while. But as long as the restraining forces are there, it becomes increasingly harder. It’s like pushing against a spring: the harder you push, the harder it is to push until the force of the spring suddenly thrusts the level back down.

The resulting up and down, yo-yo effect causes you to feel, after several attempts, that people are “just the way they are” and that “it’s too difficult to change.”

But when you introduce synergy, you use the motive, skill, and the interaction of previous lessons to work directly on the restraining forces. You unfreeze them, loosen them up, and create new insights that actually transform those restraining forces into driving ones. You involve people in the problem, immerse them in it so that they soak it in and feel it is their problem and they tend to become an important part of the solution.

As a result, new goals, shared goals, are created, and the whole enterprise moves upward, often in ways that no one could have anticipated. And the excitement contained within that movement creates a new culture. The people involved in it are enmeshed in each other’s humanity and empowered by new, fresh thinking, by new creative alternatives and opportunities.

All Nature is Synergistic

Ecology is a word which basically describes the synergism in nature — everything is related to everything else. It’s in the relationship that creative powers are maximized, just as the real power in these Seven Habits is in their relationship to each other, not just in the individual habits themselves.

The relationship of the parts is also the power in creating a synergistic culture inside a family or an organization. The more genuine the involvement, the more sincere and sustained the participation in analyzing and solving problems, the greater the release of everyone’s creativity, and of their commitment to what they create. This, I’m convinced, is the essence of the power in the Japanese approach to business, which has changed the world marketplace.

Synergy works; it’s a correct principle. It is the crowning achievement of all the previous habits. It is effective in an interdependent reality — it is teamwork, team building, the development of unity and creativity with other human beings.

Although you cannot control the paradigms of others in an interdependent interaction or the synergistic process itself, a great deal of synergy is within your Circle of Influence.

Your own internal synergy is completely within the circle. You can respect both sides of your own nature — the analytical side and the creative side. You can value the difference between them and use that difference to catalyze creativity.

You can be synergistic within yourself even in the midst of a very adversarial environment. You don’t have to take insults personally. You can sidestep negative energy; you can look for the good in others and utilize that good, as different as it may be, to improve your point of view and to enlarge your perspective.

You can exercise the courage in interdependent situations to be open, to express your ideas, your feelings, and your experiences in a way that will encourage other people to be open also.

You can value the difference in other people. When someone disagrees with you, you can say, “Good! You see it differently.” You don’t have to agree with them; you can simply affirm them. And you can seek to understand.

When you see only two alternatives — yours and the “wrong” one — you can look for a synergistic Third Alternative. There’s almost always a Third Alternative, and if you work with a win-win philosophy and really seek to understand, you usually can find a solution that will be better for everyone concerned.